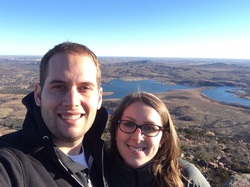 Ian Wharton created Draft Centric in 2015 to arrange all of his work in one place. Talent evaluation has been a passion for Ian, since he was in middle school. The NFL draft was one of his favorite, if not the favorite, event of the year.
Ian began covering the NFL draft in 2013, and has continued to dive deeper into the industry since. He believes in pushing traditional ideology when it comes to talent evaluation. There is no one right way to identify skills, or project how they'll transition to the NFL. The use of metrics to help support what is seen on film is crucial to become a more effective evaluator.
Ian's been wrong many times, and he's had a number of big hits, as well. The grind and never-ending learning cycle is oddly enjoyable. This field is incredibly subjective, thus absolutes are not encouraged by Ian. Perspective and context is always critical.
Working with Bleacher Report, the Palm Beach Post and Optimum Scouting have allowed Ian to develop trustworthy sources within the industry. He covered the Miami Dolphins full-time in 2014 before being promoted to national NFL coverage for 2015 with Bleacher Report. Outside of the NFL, he also served a one-year internship with the Cleveland Cavaliers during his senior year at Ashland University. His draft work has been featured for many sites, and he released his own draft guide for the 2015 NFL draft.
Thank you for visiting our site. We strive to bring high-quality, in-depth work that reflects our opinion in an effective manor.